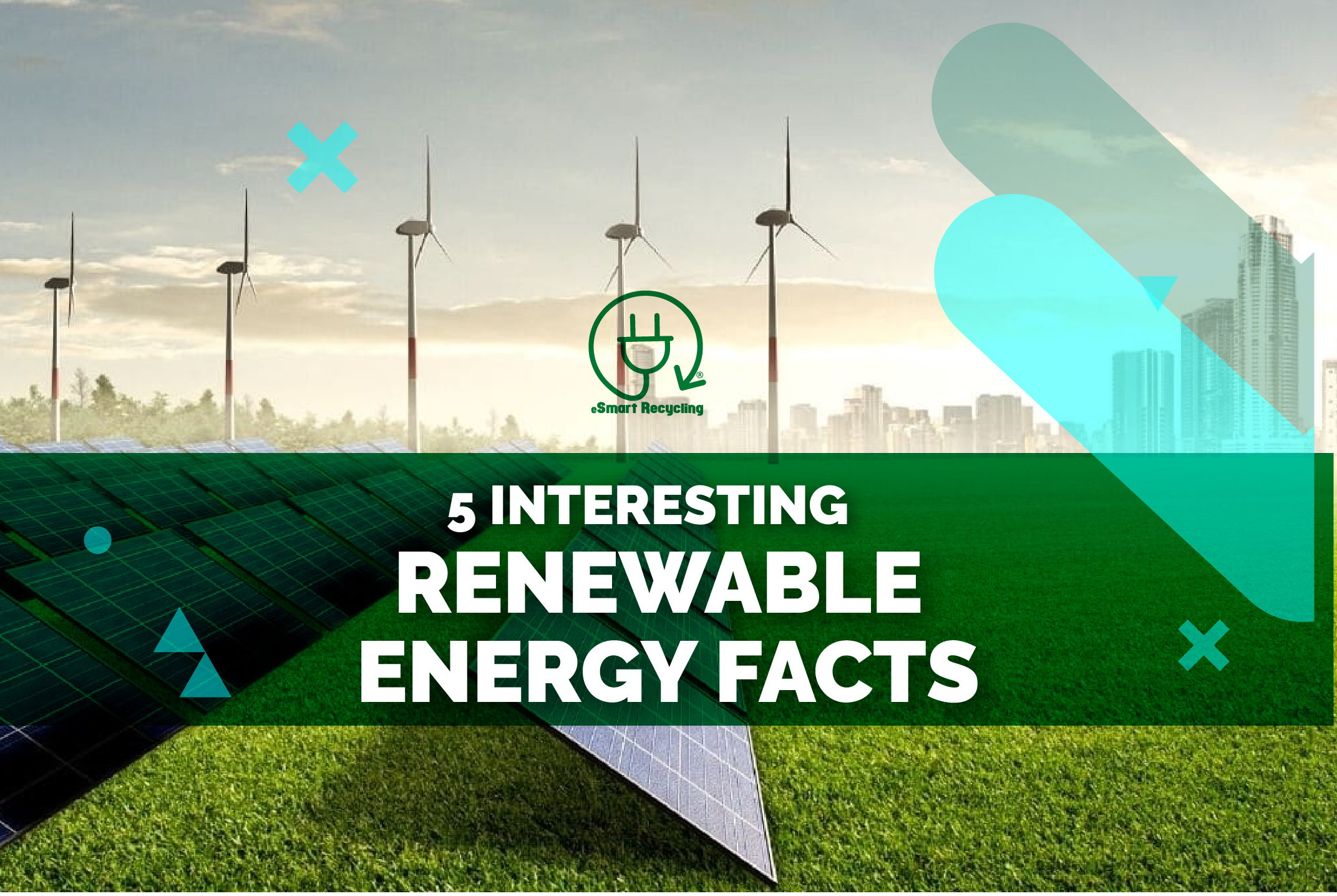 Renewables are inexhaustible sources of energy. Unlike fossil fuels, they convert a natural resource – like sun, wind, water, or biomass – directly into electricity. Another big factor that makes renewable energy much more attractive than coal, oil, and natural gas is their significantly smaller environmental footprint. This kind of energy is not only cleaner, but also cheaper and easier to produce than any fossil fuel. Earth.org published an article with 5 renewable energy facts about the current state of the market and what role these clean sources will play in the future.

1. Renewable Energy Sources Generated 38% of the Global Electricity in 2021

In 2021, all mainstream clean energy sources – hydroelectric, solar, wind, biomass, and geothermal– generated a combined 38% of the world’s electricity and surpassed the amount of energy produced from coal – which stopped at 36.5% in the same year despite a record 9% rise.

Nevertheless, the vast majority of global electricity still came from non-renewable sources. In 2021, global electricity demand grew by 5.4%, the biggest increase since 2010. Despite a record rise in wind and solar power generation, clean electricity has been slow to deploy in contrast to the pace of global demand, most of which was met once again by fossil fuels. Coal generation alone accounted for 59% of the total rise.

2. Wind and solar are the fastest-growing renewables

By 2021, the fastest growing clean energy sources are wind and solar, whose share has doubled since the signing of the Paris Agreement in 2015. Within just one year, the latter rose by 23% from 2020 levels, while electricity generated by wind turbines experienced a 14% increase. For the first time, solar panels and wind turbines generated over 10% of the global electricity demand. According to research by Ember, these two clean energy sources experienced an average of 20% compound growth per year. In order to meet the 1.5C pathway by 2030, Ember’s researchers argue, such high-growth rates need to be maintained throughout the current decade.

Norway is by far the largest producer of clean energy, followed by Brazil with 84.1% and New Zealand with 80%. Fifty countries have now crossed the 10% wind and solar mark, with seven new countries doing so in 2021 alone: China, Japan, Mongolia, Vietnam, Argentina, Hungary, and El Salvador. The fastest switch to wind and solar took place in the Netherlands, Australia, and Vietnam. All three nations managed to shift over 8% of their total electricity demand from fossil fuels to wind and solar between 2020 and 2021. Vietnam alone experienced unprecedented growth in solar energy, which grew by over 300% in a single year.

4. Renewables are Getting Cheaper

According to the International Renewable Energy Agency (IRENA), renewables were the world’s cheapest energy source in 2020. The Agency’s latest report showed that the cost of renewable technologies – especially concerning wind and solar energy – is falling significantly. The rapid decline in the costs of these technologies in recent years has enabled countries around the world to increase their capacity to produce renewable energy. This, coupled with high fossil fuel prices, improves the competitiveness of these two renewable sources further.

In its “World Energy Outlook 2020” report, the International Energy Agency (IEA) confirms the following: solar power systems currently offer the cheapest electricity in history. Furthermore, it predicted that by 2050 renewable energy generation will continue to grow, with solar power production set to skyrocket and become the world’s leading source of electricity. Indeed, solar energy is praised for the relatively marginal operating and maintenance costs of the panels. In 2020, the average cost of solar photovoltaics – once considered a financial burden – was 7% less than the previous year. Furthermore, the cost of large-scale solar projects has plunged 85% in the past decade, and those of concentrating solar power (CSP) – an approach to generating electricity through mirrors – dropped by 16% in 2020.

Similarly, wind power is also experiencing rapidly declining costs. In 2020, onshore wind power dropped by about 13% while offshore wind costs decreased by about 9%. The IEA estimates that wind energy costs could fall by up to 40% over the next decade. That is, based on current technology and market growth, projected offshore wind power has the potential to generate 425,000 TWh of electricity in a year worldwide. Assuming more than 18 times the current global electricity demand. Likewise, onshore wind energy capacity is projected to increase by 57% by 2024.

Renewable energy sources are one of our greatest allies in the race to reach net-zero emissions because of their low carbon dioxide emissions in comparison to fossil fuels. Indeed, wind, solar, hydroelectric, and geothermal electricity all have a particularly low environmental footprint throughout their life cycles.

Notably, the solar life cycle generates minimal greenhouse gas emissions coming mainly from photovoltaic (PV) modules and other components, as the materials they are made of are mined and processed. Similarly, some emissions do occur during the wind power lifecycle, including the building and construction of turbine towers. The making of materials used in the turbines such as steel, concrete, fiberglass, and copper all produce some greenhouse gasses. However, in both cases, total emissions are significantly lower than those generated by coal and natural gas-fired power plants, which account for three-quarters of global greenhouse gas emissions.

According to the latest IPCC climate report, we have all the tools and options to halve emissions in all sectors by 2030, and renewables are one of them. These low-cost, low-emission, infinite natural resources have the potential to pave the way for the world to reach a net-zero scenario by 2050. The IEA’s 1.5C pathway shows wind and solar as the powerhouse of clean electricity, providing three-quarters of all new clean electricity to become 40% of the world’s electricity by 2030.

There should be no more delays to transition to 100% clean energy, and it requires all nations around the world – especially developing countries – to increase investments in renewables and step up efforts to facilitate the transition to clean power.