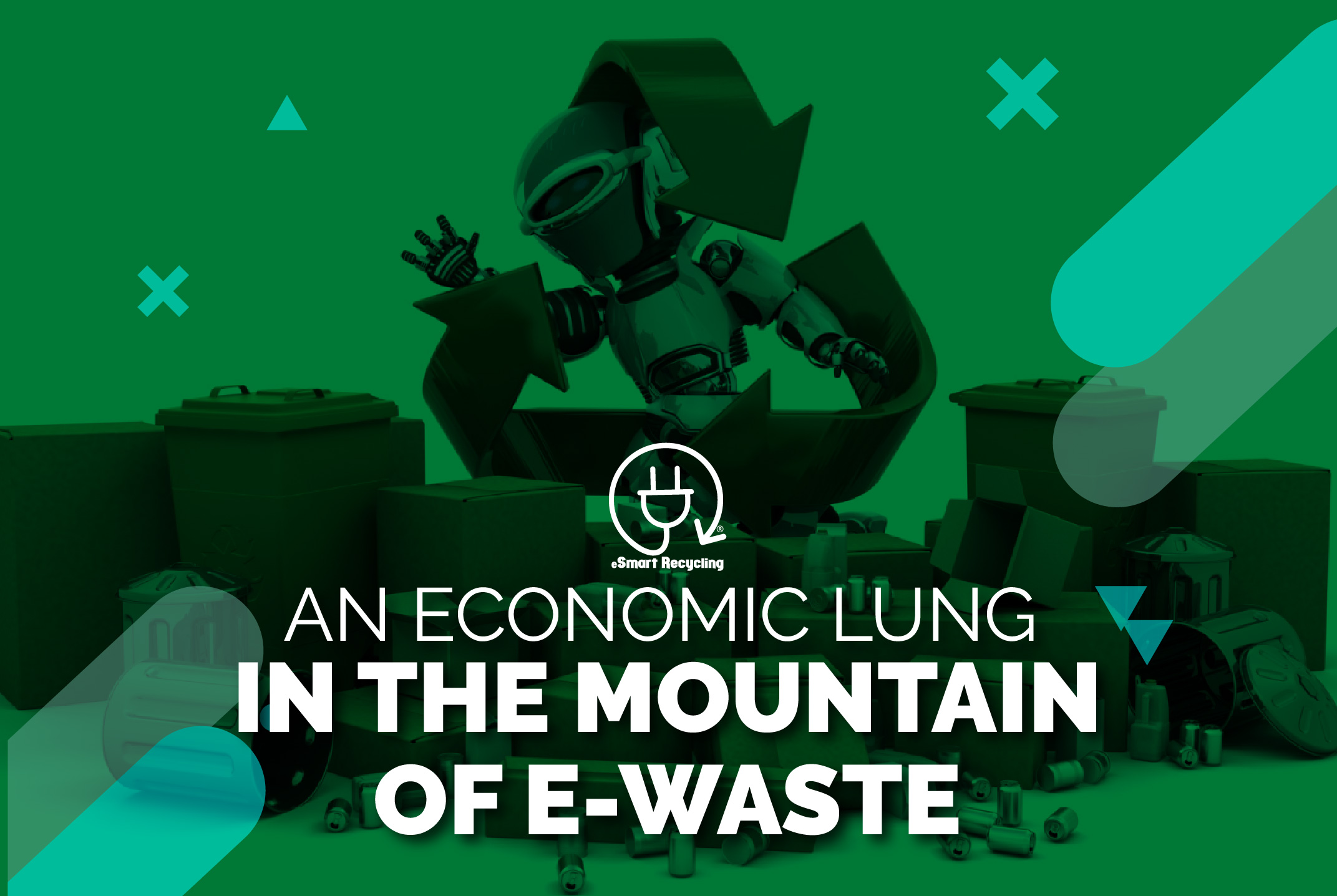 Few will remember, and others will not know, that the nearly 5,000 gold, silver and bronze medals awarded at the last Tokyo Olympics were made from almost 80 tons of e-waste. They were donated over the years by Japanese citizens in thousands of municipalities in Japan. The e-waste included millions of cell phones, computers, tablets, bracelets and smart watches, even refrigerators and washing machines. From all that junk, 32 kilos of gold, 3,500 kilos of silver and more than 2,000 kilos of bronze were obtained.

This is not a one-off and purely anecdotal fact, because this E-waste is growing every year, and in recent years at a dizzying rate, as is the concern and interest in reusing, recovering and recycling these materials.

According to The Global E-waste Monitor 2020, a benchmark report prepared by several international institutions – among them the United Nations University (UNU) -, in 2019 a record was reached for waste electrical appliances: 53.6 million tons, 21% more than five years ago. To get an idea, that’s the equivalent of 350 cruise ships the size of the Queen Mary 2. With that, $57 billion in gold, silver, platinum, copper and other recoverable materials were lost, discarded or burned.

Forecasts indicate that by 2030 this waste will reach 74 million tons and by 2050 more than 100 million tons. These estimates may be underestimated due to the great technological leap experienced since the pandemic. Now, more than ever, we make intensive use of technology. This fact, together with programmed obsolescence and the fact that we are renewing our devices more and more frequently, leads us to believe, as many are already warning, that after plastics, the next wave of waste will be electrical and e-waste.

Spain is no stranger to this trend. With data from Recyclia (managing entity of the main Spanish environmental foundations dedicated to the recycling of e-waste and batteries) in 2019 900,000 tons of electronic devices were put on the market, representing 25% more than in 2018. Thus 734 million pieces of equipment were marketed. Most of it (73%) for domestic use.

After reuse (giving a second life to electronic devices) and recovery (of parts that still work), recycling is the last step. It is now being put to good use. In fact, the UN report points out that recovering the raw materials contained in electronic devices to make new devices and other products would give a major boost to the circular economy. That means generating new business models and jobs. “The reuse, recovery and recycling of WEEE is a lode for job creation and new businesses. And in particular, recycling can generate the installation of new plants, boost new technological processes and attract investment. And in the case of Spain we can export all this activity to Latin America, where interest in this waste is growing,” believes José Pérez, CEO of Recyclia.

Recycling this waste would bring many other benefits. If done properly, it would avoid contaminating our environment with hazardous substances (such as mercury, lead, cadmium or nickel) contained in electronic devices. In addition to taking advantage of natural resources that are finite. “We now waste materials that can be reintroduced into the production cycle. Globally, every year the economic value of the GDP of Slovenia and Lithuania is lost,” estimates Rafael Serrano, director of Institutional Relations, Marketing and Communication of the Ecolec Foundation, a collective management system created by business associations of manufacturers and importers of large and small household appliances.

Not only that, raw materials that are critical for Europe can be extracted from e-waste. In other words, minerals and metals for which the Old Continent depends on third countries and which are necessary for the manufacture of electronic devices. This is the case with rare earths, which come from China. For example, elements such as ytterbium and terbium allow for greater storage in our cell phones, which are very small devices. “The EU has placed emphasis on the recovery of strategic materials,” says Jordi Julián Pidevall, director of Business Development at Ecotic, a non-profit organization that coordinates the management of e-waste. “If there is a process of relocation and we return to having production companies closer to us, in Eastern European countries and Turkey, it becomes more important to take advantage of this waste to extract scarce and essential materials in the development of technological products,” says Rafael Serrano.

At eSmart Recycling, we work on computer recycling and donation. Our goal is to give value to these devices in the hands of children and families in need. To date, we have already supported school children in our community and in emerging countries.