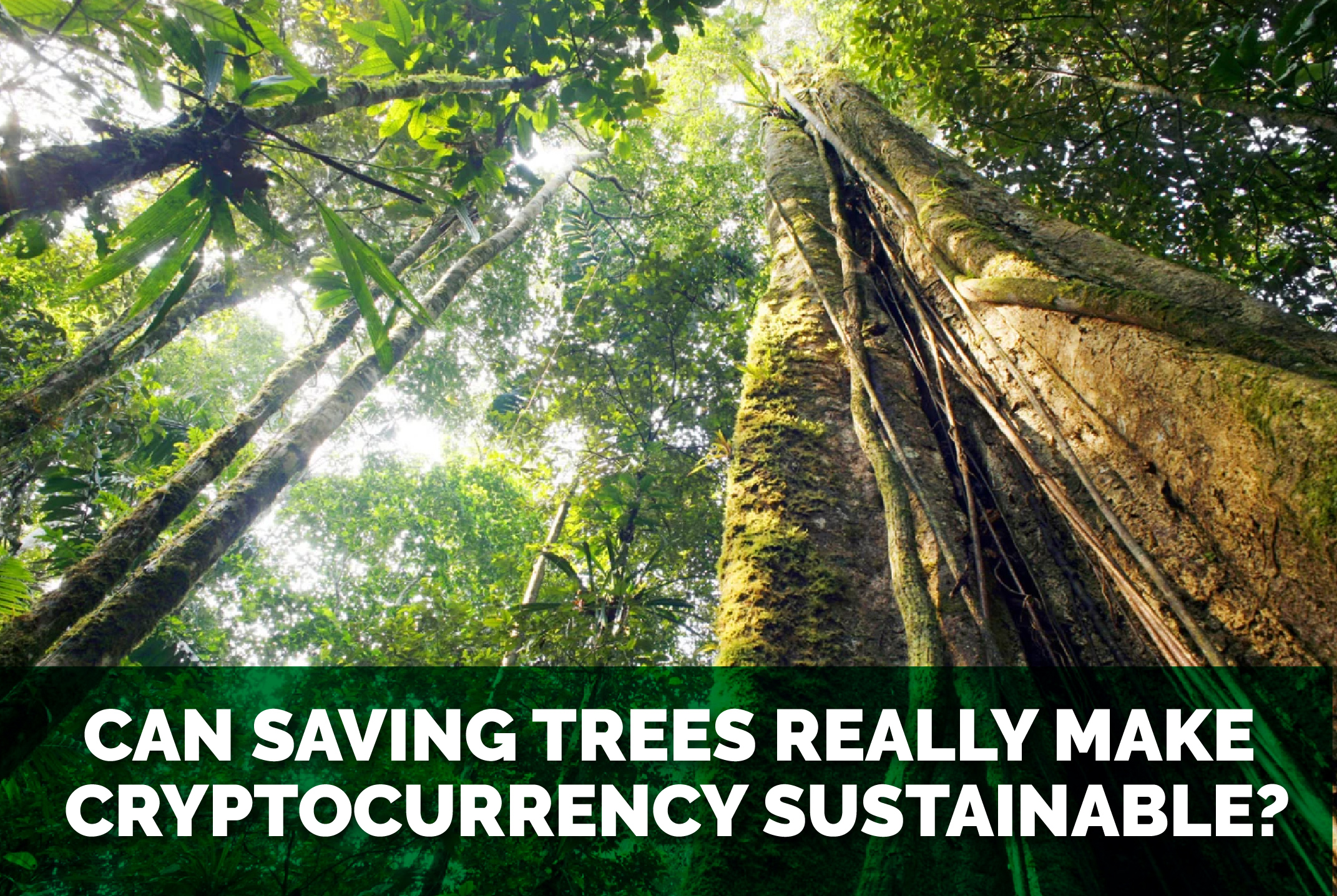 Bitso, a Mexico City-based crypto exchange, is pledging to buy carbon offsets for every bitcoin transaction on its platform to compensate for the cryptocurrency’s environmental toll. Even when it may sound great in theory, the idea also deserves a dose of skepticism, given the sketchy reputation carbon offset efforts have earned over the past few years.

Bitcoin’s thirst for power has grown many times over, recently topping the electricity usage of several countries, including Denmark and Chile, per Cambridge University estimates. Most of that energy (61%, according to Cambridge) comes from burning fossil fuels, and unfortunately, Bitso can’t do anything to stop the resulting emissions from entering Earth’s atmosphere.

Despite the idea of banning energy-intensive tokens altogether, that won’t happen. Instead, Bitso is working with Moss.Earth, a São Paulo, Brazil-based carbon offsets company, to indirectly mitigate the emissions associated with transacting bitcoin and Ethereum-based tokens via its platform. The exchange plans to do so by buying tokenized “credits from conservation projects in the Amazon Forest in Brazil”.

In other words, Bitso will eat the cost by purchasing MCO2 tokens minted by Moss. In turn, Moss will use the money in part to fund projects that preserve forests and fund sustainable agriculture. The company is certified by groups such as Vera, a nonprofit that sets standards for carbon credits. However, last year a Guardian and Unearthed investigation found that Vera’s methodologies were “not currently robust enough” — Vera sharply criticized the report.

Bitso estimates each bitcoin transaction on its platform “generates 29.4 kg of CO2 emissions, equivalent to 0.0294 MCO2 tokens, which Bitso will purchase at market price”, a spokesperson told TechCrunch. There are a wide range of estimates that try to pin down the exact emissions tied to a single bitcoin transaction, and some are far greater than Moss and Bitso’s, but that’s beyond the scope of this story. As for MCO2: It’s an ERC20 token and has its own associated emissions, but Ethereum is more efficient than bitcoin and the platform is also working toward a less thirsty proof-of-stake system.

With more than 4 million users, Bitso calls itself the most popular and largest platform of its kind in Latin America. Yet globally, CoinMarketCap ranked Bitso in 67th place on its list of top exchanges at the time this story was published, reflecting the limited scope of the deal.

Moss wants more. “Our hope is that other projects within the space will follow suit to offset their carbon footprint”, Moss CEO Luis Felipe Adaime said in a statement.

Even if the carbon credit industry is huge as we think it is and expected to grow in size in the coming years, such efforts get tons of flak for failing to live up to their perceived potential. Greenpeace, for example, writes that “carbon offsetting plans are essentially PR plans”, arguing that companies “need to stop carbon emissions from getting into the atmosphere in the first place”.

Lena Klaaßen, a Zürich-based PhD researcher in climate finance and policy, told TechCrunch over email that it’s “generally possible to offset emissions resulting from cryptocurrency-related activities”, but she cautioned that “transparency on the calculation methodology, data quality, and offset selection are key to evaluate the quality of such a project”.

For its part, Bitso calls this a “first step towards a larger sustainability strategy to address the environmental impacts of the crypto industry”. Moss projects the deal “will save around 342 thousand trees in the Amazon, offsetting approximately 5,283 tons of carbon dioxide”. In total, Moss says it has helped save “approximately 152 million trees in the Amazon through internationally certified and audited projects” since March 2020. The company claims to work with the “most reputable environmental projects”, and it offers some details on how they operate via its site. Still, trusting Moss requires some faith in Vera as well as carbon credits in general. And again, when it comes to carbon credits, skepticism abounds.

Saving and planting trees are two popular ideas, but many environmental and environmental groups have criticized the tree fixation of politicians and corporations. Partly because they say there simply isn’t enough room for all the saplings we would need to mitigate the growing emissions from logging and fuel burning.

At eSmart Recycling, we are also committed to supporting a sustainable future for our planet Earth. That’s why we recycle computers and use part of the proceeds to give back in the form of computers to donate to underprivileged children and families. In this way, we ensure a more competitive future for students and the workforce.