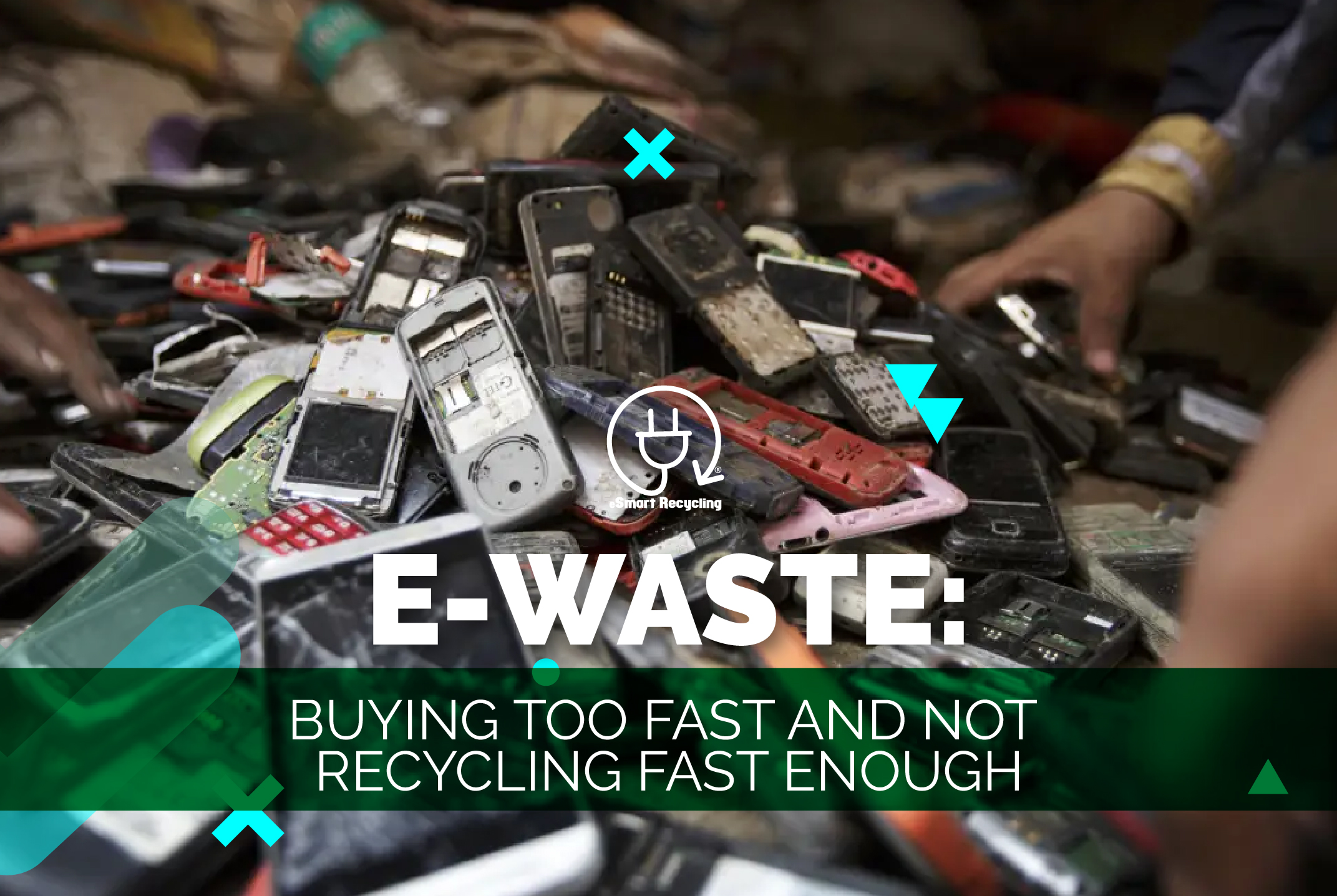 One common mistake when consumers buy new cell phones is not having an idea of what to do next with the device they won’t use. Either they sidelined a phone that probably had some life left in it, and didn’t recycle the old one right away so that it would have a better chance of being reused by others.

Our haste to get new gear and our hesitancy to then part with our old stuff is partly what’s making discarded electronics the world’s fastest-growing category of domestic waste. If more of us don’t change how we handle our electronics, the problem will only get worse.

About 17% of the world’s e-waste was collected and recycled in 2019, the United Nations found. The rest is often burned or dumped in landfills, where components, such as lead and arsenic, can seep into groundwater if leaks occur.

“Electronics really are not designed to be easily repaired or recycled”, said Callie Babbitt, a professor of sustainability at Rochester Institute of Technology.

Part of the problem is the number of products that have morphed into electronics. “There are smart hairbrushes, smart toothbrushes, smart shades, smart lighting”, Babbitt said. “Even pet supplies are smart”.

A byproduct of this burgeoning ecosystem is e-waste. The world’s electronic castoffs reached a record 53.6 million metric tons in 2019, a jump of 21% in five years. Most alarming, the UN projects that the number of discarded products with a battery or plug will almost double by 2030.

Electronics don’t get to enjoy their golden years

One reason we’re tripping over old computer cords and game consoles is because we frequently replace our devices while they’re still working. So they pile up.

In other cases, making repairs can be difficult. Proponents of the “right to repair”, including iFixit, say it shouldn’t be so hard to get our stuff working again. Facing pressure, Google, Apple, and other electronics giants have begun selling some parts and tools to consumers to allow them to DIY their fixes. But that’s not always easy.

Even many businesses, with their focus on profits, are getting rid of equipment too soon. A recent survey from Soti, a software company, found that almost seven in 10 IT leaders of international companies believed their companies were tossing aside devices prematurely, especially laptops and tablets. The survey, which spanned eight countries, including the US, Canada, and the UK, highlighted that more than half of these leaders had specific targets for cutting e-waste and for sustainably managing their companies’ devices.

Nena Shaw, the acting director of the resource conservation and sustainability division of the Environmental Protection Agency, said US recycling rates for e-waste were hard to pin down. In part, that’s because e-waste is often handled in different ways across the country, and because recycling rates are often measured in tonnage. But electronics are getting lighter — think of today’s flat-screen TVs compared with their cathode-ray tube forebears — so it makes it harder to tease out what’s happening with the data, she said.

Shaw said that after peaking at around 40% in 2014, the US recycling rate for e-waste has been declining. But the EPA is working on an electronics strategy, she added, and hopes to boost the nation’s e-waste recycling rate to 50% by 2030.

One reason to step up e-waste recycling is strategic. Shaw said supply-chain holdups relating to the pandemic and the war in Ukraine are drawing more attention to how the US obtains essential materials that will be required in larger amounts for the future economy. Today, many of the key minerals used in things such as electric-vehicle batteries, solar panels, and wind turbines are imported.

It’s time to change how we handle our old electronics

There are other reasons to recycle electronics. The sooner a device gets recycled, the greater the chance it can be reused. Many e-waste recyclers pluck still usable equipment off the conveyor belt and sell it. Some even make repairs to get devices working again. Sites, such as Earth911, can point to local recycling facilities. And big retailers, such as Apple and Best Buy, take back electronics.

Babbitt said it’s easy to get a new smartphone and save the old one in case the new one breaks. But she advised against keeping the older model.

“By the time I actually find it again in the bottom of my desk drawer and take it to a recycler, it has no hope of ever being repaired or recycled because it’s too old. All they can do now is scrap it for the metals and materials inside”, she said.

It is important to start looking for solutions to meet the upcoming challenges ahead. That is why at eSmart we have been working on recycling computers that can have a longer useful life in the hands of children and families who need them. Our commitment goes hand in hand with a sustainable future, both socially and environmentally.