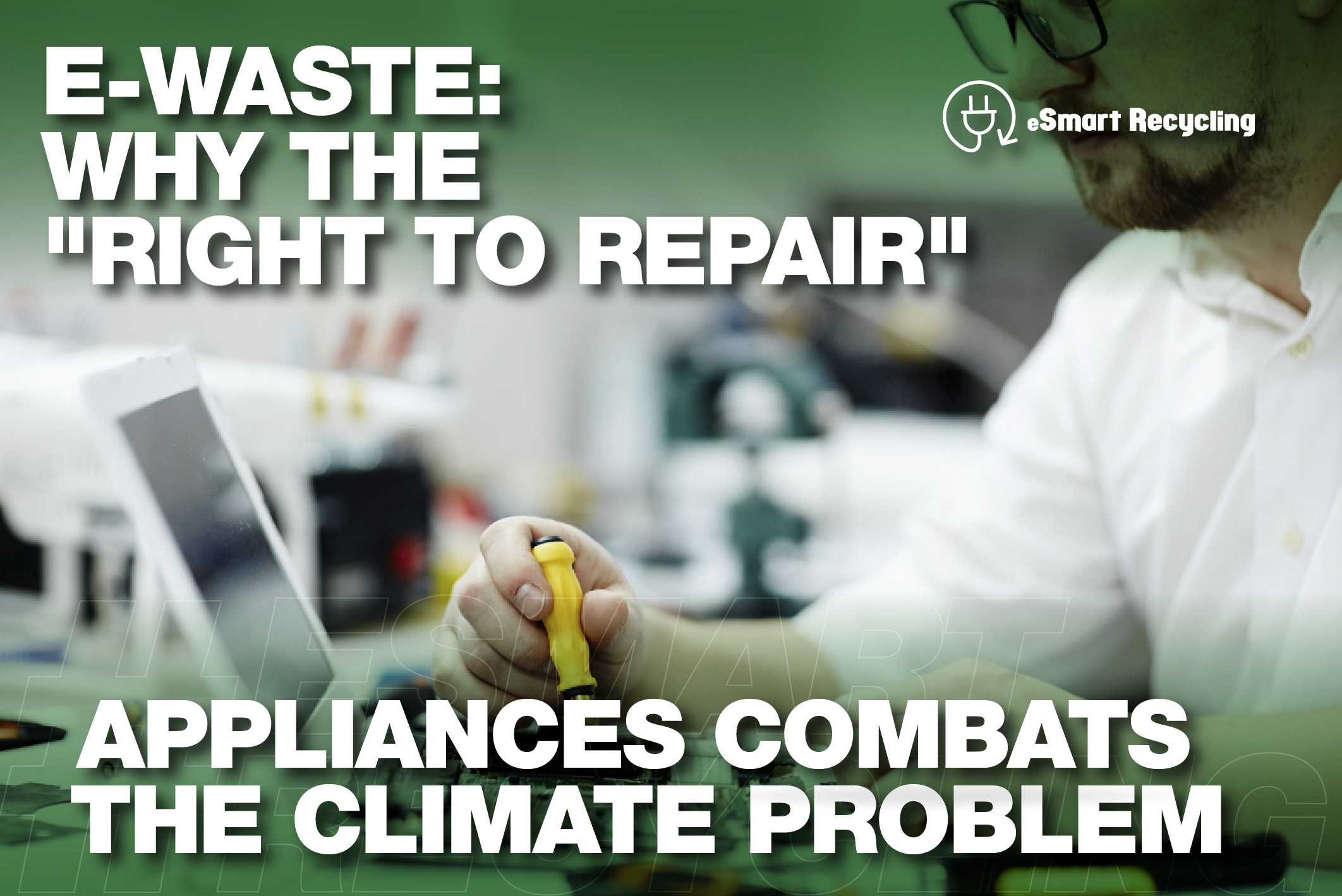 Currently, repairing an electronic device, whatever it is, from a smartphone to a fan or even a video game console, can cost the same or even more than buying a new one. The generation of E-Waste is being promoted by manufacturers, who make it difficult to access parts or software needed to update their systems, so users find it easier to buy a new device instead of repairing the one they already have, which is discarded and whose production further aggravates the current state of the environment.

While some users demand a “right to repair” and governments respond, the technology industry is reluctant to facilitate access to parts or to extend the useful life of its devices. Some products are designed to be unrepairable because the manufacturing process uses materials or procedures that makes it impossible to replace individual components in the event of a breakdown.

This problem of access to ways of repairing equipment makes it unsuitable or unavailable to the public. In the case of Apple, for example, the company was accused of purposely updating software to affect its performance.

The impact of E-Waste on the environment

According to Bloomberg, it is estimated that electronic products generated 53.6 million tons of waste in 2019 and that technology recycled in a conscious way only accounted for 17% of that immense amount. For its part, the Florida Public Interest Research Group (Florida PIRG) contends that Americans throw away 416,000 cell phones a day, and only 15% to 20% of e-waste is recycled.

In addition to the above numbers, it is important to think that the E-Waste generated contains heavy metals, compounds such as arsenic, lead, mercury and cadmium, which if not properly disposed of can expose entire communities to the risk of cancer, birth defects and mutations. For their part, the production of the new devices, which will replace those that are discarded, involve high energy consumption, which generates the emission of greenhouse gases responsible for global warming. Studies in 2017 estimated that the production of just one smartphone, emits 40 to 80 kilograms of carbon dioxide, which is equivalent to driving a vehicle with passengers up to 200 miles.

Companies such as the previously mentioned, Apple, in addition to Google, Microsoft and Tesla, according to Bloomberg, invest resources to go against laws that would make it easier to access device repair. “(The companies) argue that right-to-repair laws would expose industry secrets, give third parties access to sensitive information and put consumers’ safety at risk,” the news outlet notes.

Critics, meanwhile, claim that those companies oppose a free market for repairing their devices because it would reduce prices for that work and users would feel more comfortable fixing their gadgets rather than buying new versions offered by tech companies.

President Joe Biden signed an executive order in July directing the Federal Trade Commission to introduce initiatives to boost competition, including measures that would limit manufacturers from prohibiting in-house or third-party repair of their products. Bloomberg notes that twenty-seven U.S. states have considered right-to-repair bills this year, but more than half have already been rejected or dismissed, according to consumer groups tracking the proposals.

In fact, most of the 50 U.S. states proposed a right-to-repair bill in 2021, but it is only a law in Massachusetts, although it is not targeting E-Waste. Passed in 2013, that state’s legislation requires vehicle manufacturers to provide diagnostic and repair information to owners and independent repair facilities for any car manufactured in 2015 or later.

Meanwhile, in the UK there is already a two-year period in which appliance manufacturers are obliged to comply with new measures in favor of consumers, although the downside is that even repairing and replacing parts does no good if a software update is also needed, something the legislation elsewhere does not focus on.

It is important to start looking for solutions to meet the upcoming challenges ahead. That is why at eSmart we have been working on recycling computers that can have a longer useful life in the hands of children and families who need them. Our commitment goes hand in hand with a sustainable future, both socially and environmentally.