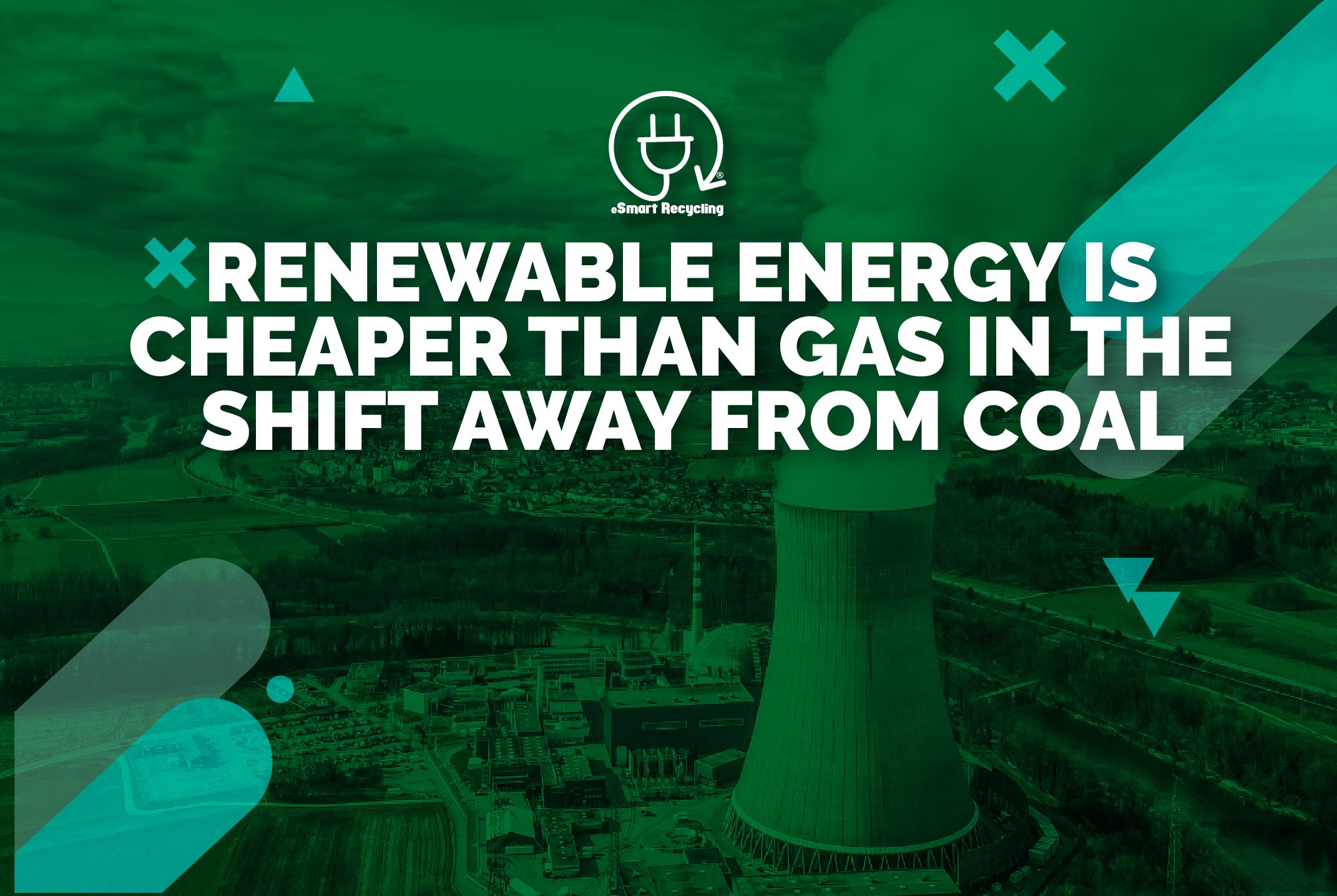 New data from analytics firm TransitionZero reports that switching from coal to clean energy is cheaper than using gas as a transition element between those energy sources.

Energy production and the way it’s used by humans is the leading cause of climate change. According to the EPA, electricity and heat production along with other energy uses account for 35 percent of global greenhouse gas emissions.

Chief among the offenders is coal—the single biggest contributor to climate change; coal burning is responsible for 46 percent of CO2 emissions across the globe, making up 72 percent of all GHG emissions in the electricity sector.

According to TransitionZero’s findings, shifting away from coal to renewable energy sources has never been cheaper—and it’s now cheaper than switching to gas.

“The carbon price needed to incentivize the switch from coal generation to renewable energy for storage has dipped to a negative price,” said Jacqueline Tao, an analyst at TransitionZero.

“So essentially, that means that you can actually switch to renewables at a cost-saving,” she told CNBC on Wednesday.

The report shows that the carbon price of the coal-to-clean energy switch has dropped to $62 per ton of CO2 emitted on average in 2022 compared to $235/tCO2 in the switch from coal to gas.

TransitionZero used its Coal to Clean Carbon Price Index to measure the carbon price level for 25 countries if they made the switch from coal to renewable energy sources such as wind or solar.

The group says the information challenges claims that natural gas, with its lower carbon intensity than coal, is a reliable “bridge fuel” in the transition to more sustainable energy sources. Instead, it says companies should make the leap directly to renewables.

There are financial incentives for making the switch, the group says.

“Banks are increasingly finding it risky to lend to these fossil fuel assets in the concern that they will become stranded assets in the near term down the road due to the global energy transition,” Tao said.

“That’s going to mean that there will be limited upstream supply that’s going to come online, and we are going to see increasingly tight gas markets and fossil fuel markets in general that will be prone to demand and supply shocks.”

But coal is still a big business. In February, a report found that some of the world’s leading financial institutions pledged to go net-zero but then underwrote more than $1.5 trillion in debts for the coal industry over the last two years.

“It’s long been known that the coal industry is the number one driver of our planet’s rising temperature,” Katrin Ganswindt, head of financial research at the environmental nonprofit Urgewald that conducted the research, said in a statement. “But who is providing the loans, the underwriting services, and the investments that allow these companies to keep on operating?”

The list was dominated by Chinese firms. The Industrial and Commercial Bank of China was at the top, underwriting more than $57 billion in funding.

To build a more sustainable future for our children and the next generations, everyone’s participation is essential. That’s why at eSmart Recycling, we believe in public-private partnerships. We would not be able to deliver equipment to at-risk children and families in the same way if many community stakeholders were not involved; from our corporate partners, to our non-profit partners.