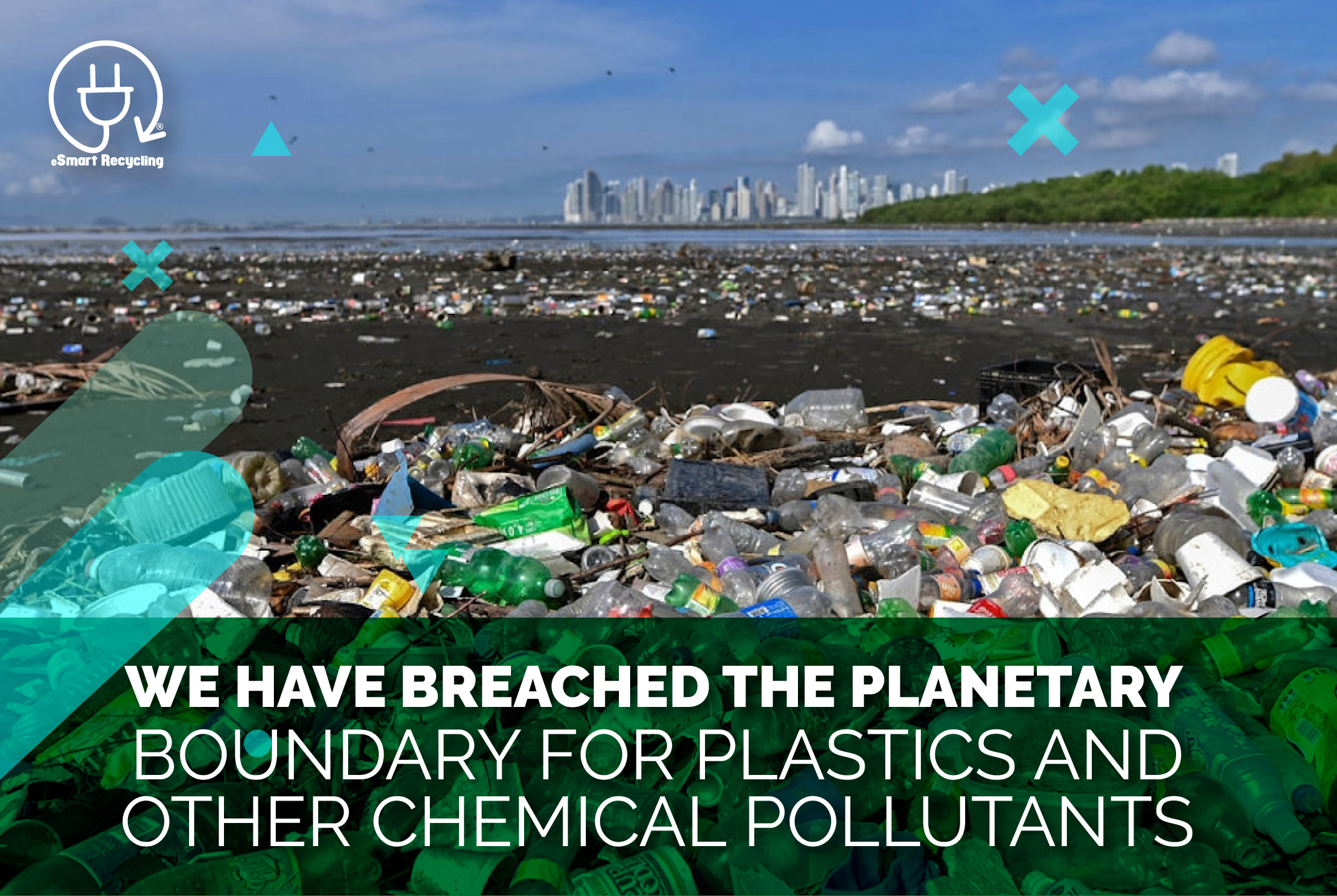 Humanity is releasing more chemical and plastic pollution into the environment than the Earth can handle.

This is the conclusion of a first-of-its-kind study published in Environmental Science and Technology, which argues that human activity has exceeded the planetary limit of new entities. The researchers defined “new entities” as manufactured chemicals that do not occur naturally in large quantities and have the potential to disrupt Earth’s systems.

“The production of chemicals has increased 50-fold since 1950. This figure is expected to triple again by 2050″, said study co-author Patricia Villarubia-Gómez, of Stockholm Resilience Center (SRC) at Stockholm University, in a press release emailed to EcoWatch. “The rate at which societies produce and release new chemicals and other novel entities into the environment is not consistent with maintaining a safe operating space for humanity.”

“The production of chemicals has increased 50-fold since 1950. This figure is expected to triple again by 2050″.

In 2009, a team of researchers identified nine planetary boundaries that have led to a stable Earth for the last 10,000 years. These include greenhouse gas emissions, the ozone layer, forests, freshwater and biodiversity. The new research builds on this foundation by quantifying the planetary boundary for novel entities.

The researchers concluded that the boundary had been breached because production and release of plastics and other chemicals now surpasses the ability of governments to assess and monitor these pollutants.

“For a long time, people have known that chemical pollution is a bad thing”, study co-author Dr. Sarah Cornell of the SRC told The Guardian. “But they haven’t been thinking about it at the global level. This work brings chemical pollution, especially plastics, into the story of how people are changing the planet“.

Scientists have previously concluded that humanity has exceeded the planetary boundaries for global heating, biodiversity loss, habitat loss and nitrogen and phosphorus pollution.

The researchers noted that there are around 350,000 different types of manufactured chemicals on the global market, with almost 70,000 introduced in the last decade. Among them are plastics, pesticides, industrial chemicals and pharmaceutical products.

Plastics are especially concerning, the study authors said. They now weigh more than double the mass of living animals and around 80 percent of all the plastics ever produced persist in the environment instead of being properly recycled. Further, plastics are made up of more than 10,000 other chemicals that can enter the environment in new combinations when they degrade.

“We need to be working towards implementing a fixed cap on chemical production and release”, study co-author Bethanie Carney Almroth from the University of Gothenburg said in the press release.

They also supported calls for a circular economy

“That means changing materials and products so they can be reused not wasted, designing chemicals and products for recycling, and much better screening of chemicals for their safety and sustainability along their whole impact pathway in the Earth system”, Villarubia Gómez said in the press release.

A similar vision we share at eSmart Recycling, where we work to recycle computers to optimize their function by donating them to children and families without access to these devices in our community and in emerging countries. Maximizing usage allows us to contribute to the recycling of technology that socially benefits people so that they can have a more competitive future.