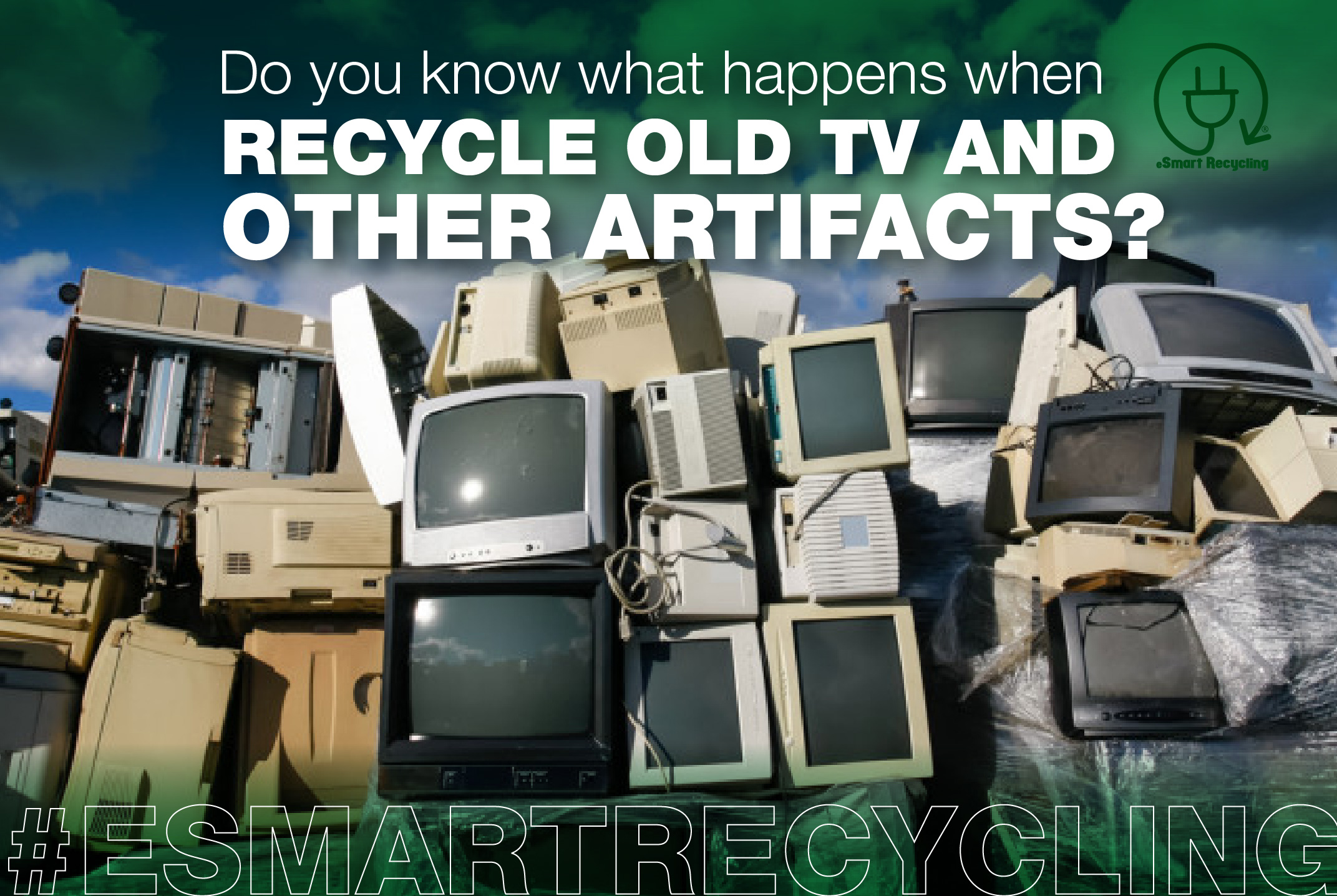 Have you ever thought about what happens to some of your personal items once they are no longer useful to you? Things like phones, laptops, that old CD or your old TV, items that are harder to recycle that you no longer need can have a second life, if you are able to dispose of them responsibly. Components of these devices, or at least components of these items, go on to do other things.

However, not everything that is recyclable can go into the classic single-stream garbage cans. Special cases, such as motor oil to digital pregnancy tests, have different ways of being reused and recycled so that their components can be put to good use in later lives.

When we think of e-waste, these are the first items on our mental list and, although they are processed in much the same way, special precautions need to be taken because of the hazardous materials they are made of. In the case of telephones, their batteries need to be removed and televisions, at least in the case of old cathode ray tube televisions, require special handling because of their lead content.

Once e-waste has been collected, it is sorted by type and checked for resale value, explains Tim Dewey-Mattia, a board member of the Northern California Recycling Association. The device is broken down into its major components before being shredded.

The plastic parts are shredded, cleaned and melted into pellets that can be used to make various items, such as picnic tables, traffic cones, or other new electronic devices.

For the metal, a smelting process is used that uses high temperatures and special equipment to extract the critical metals that can be reused in other components, such as gold, silver, and copper.

Dewey-Mattia points out that these e-wastes have a downside factor in that it is difficult to find who wants to recycle them because they don’t have a good market for their components. “Our recycling systems, with all the machines and human sorters, are really set up to capture the most common materials”, he says. “They’re really low-quality plastic parts that can’t be recycled curbside”.

Should you decide to recycle your old CD or DVD collections and they become new plastic, you’ll likely have to pay a fee, as processing these e-waste items costs more than the material is worth. If they are in good condition and remain in their original boxes, it’s best to donate them to a thrift store.

If not, there are plenty of ideas on the Internet to give them a new life, from coasters to mosaics.

Used motor oil can accumulate a lot of impurities such as dirt, metal debris, water and other chemicals, but technically it never goes bad. In the recycling process, these impurities are removed and various petroleum products, fuels and even antifreeze can be manufactured from the original oil. In the case of motor oil recycling, the result has many advantages for the environment and the end product has been shown to perform as well, if not better, than virgin oil.

The lure of getting a definitive “pregnant” or “not pregnant” result on a screen may be tempting, but it comes at a real environmental cost. These tests house a tiny computer inside to interpret the results and, despite being single-use, it is also considered e-waste.

According to Dewey-Mattia, it is believed that the presence of human urine does not affect its potential recycling and may not necessarily deter collectors, but he recommends proper rinsing first.

The popular digital test company Clear blue states that the user should first remove the battery by inserting a coin into the slot at the end and twisting the test open. The battery should be recycled separately from the rest of the test “in accordance with the appropriate recycling plan for electrical equipment”.

In the case of batteries, it happens in most cases they are not completely dead when you proceed to dispose of them, according to Daniel Lin, associate professor of operations management at the University of San Diego School of Business. Lin studies environmentally and socially responsible operations and recently co-authored a paper titled “Choice of Electronic Waste Recycling Standard Under Recovery Channel Competition”.

“A lot of batteries are not really used”, Lin said. “The device is old, it’s broken, but the battery is still good”.

When recycled, the batteries are disassembled and the precious metals and conflict minerals they contain are extracted. Lithium batteries, which are currently gaining in popularity, can be recycled into something called “black mass”. This powder is composed of various metals, such as lithium, cobalt and nickel, and can be used to make new batteries.

When it comes to electronics, recycling is always a better option than tossing items into a landfill, where toxic chemicals can leach out and get into the water supply, but it also has its own drawbacks.

“At a high level, I think there are environmental drawbacks and a premium to recycling properly”, says Evelyn O’Donnell, founder of Silicon Valley-based recycling company Green Mouse IT Management Services. “Transporting e-waste requires the use of gasoline for the vehicles that collect it and then ship it for further recycling (and) some e-waste is trucked from state to state for processing”, she says.

In addition, the smelting process can release toxic fumes into the air, but precious metal mining done overseas can be even worse, Lin says.

“When e-waste is shipped overseas, it is likely to be processed in a more primitive way, such as open burning”, Lin says. “The toxic material is likely to be dumped directly into rivers (and) people handle toxic e-waste with little or no protection”. These practices are largely what have prompted China and other Asian countries to ban the import of foreign waste, he adds.

“Given some of these health and environmental issues, consumers should first think about whether refurbishing is an option”, says Gilbert Michaud, assistant professor of practice at Ohio University. “If not, be sure to check that the recycler you are sending your materials to is reputable and employs good practices, as not all e-waste recyclers are the same”.

Lin suggests you do this by asking if they send your e-waste to a certified recycling facility.

The silver lining, Lin adds, is that as we rely more and more on streaming services, our dependence on things like DVD players and mp3 players is decreasing, which translates to less of those bulky e-waste items.

At eSmart Recycling we take care of managing electronic waste from companies and organizations, giving them a better use. By recycling computers and donating them to vulnerable people, we contribute to the environment and society. To date, we have provided computers to children in our community, who will have access to a more inclusive education.